So it is present in Geneva via a foretaste of its convertible version, now we are talking again of a more powerful version of the Toyota GT86. Tetsuya Tada told that the thing is in the study, but that the choice of the form that will take this evolution, overeating, or adding a hybrid system, is not yet done. 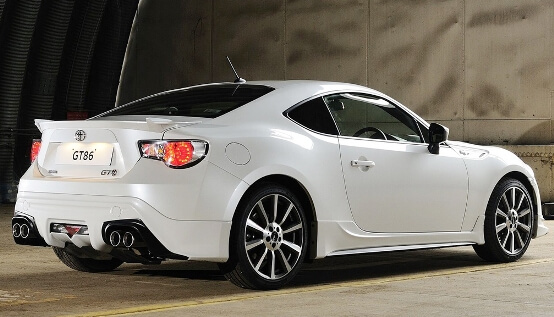 Many enthusiasts of self to grow a more powerful version than the 2.0-liter engine with 200hp and 205 Nm of torque and many processors already offer solutions, especially in Japan.

The development team led by Tada-san is also considering the issue, exploring the ways of the turbo as the compressor, but also in the spirit Toyota hybrid. This would be a type system KERS using energy recovery for a boost power and torque at low revs, simpler and lighter than a full hybrid system.

TADA insists that retain the character of the car is essential and that such a solution has the advantage of increasing the response of the car without impacting consumption and emissions. The extra weight of the batteries, placed at the bottom, according to the Japanese engineer may be offset by gains elsewhere and the natural balance of the car through various solutions adjusted weight distribution and aerodynamic adjustments.

Tetsuya Tada indicates that reflection takes place within the framework of the preparation of mid-life facelift of the car, which should not intervene immediately, and was made possible as the convertible, that the GT86 has reached its sales targets. The direction of the manufacturer had the prerequisite for further development.